In cases where the chick is healthy, (it doesn’t look hit, it doesn’t have blood on it) the best thing you can do is to put 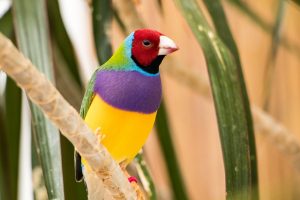 it in a safe place, on the branch of a tree in the immediate vicinity of the place where it -you found it or in a bush, to protect it from possible attacks by dogs or cats. After you retire, wait a while, usually the chick will ask for food and the parents will bring it.

Just think that a naked, featherless chicken should be fed every 15 or 20 minutes, from sunrise to 10 pm! And that would require a fairly serious commitment from the “adoptive parent” and thorough knowledge of caring for the chicks, otherwise his chances of survival are minimal.

Among the most common are forest tufts, which leave the nest early and live in bushes or trees, asking for food for adults at night .

They are erroneously considered to be abandoned and taken over by nature. In these cases (if the bird is not injured) we must not take it out of the area! If it is on the ground, put it in a tree or a large bush, away from dogs and cats. If it is taken over without good reason, there is a good chance that it will not survive.

Often they are found in parks offspring of common species such as blackbirds, thrushes etc .

Also, if they are not injured, place them on a nearby tree. These birds come out of the nest before they can fly well and take a few days to get used to flying. As long as they are unable to fly, they are fed by their parents.

Other delicate situations are when chicks of larger species (which frequently nest on buildings, 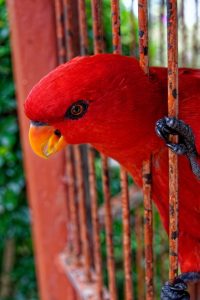 such as windmills or seagulls) are found in difficulty (fallen between buildings) or in the courtyards of blocks of flats or buildings. Also, the best thing to do is to return them to the buildings where they come from (and possibly take shelter in the shade) – parents will definitely come to feed them. Flounder chicks are often found under the nests they come from, and in this case, if they already have developed feathers, it is enough to place them on the tree where the nest is, at a higher height, if possible. Be very careful when taking a kidnapping chicken, such as windmills, because they can seriously injure your claws! It is best to cover them with a cloth before lifting them and try to handle them as little as possible.

If the parents do not find the new nest even two hours after placing it in the tree or if you are sure that the mother of the chicks has died. Then you should seek the advice of specialists, but do not take the chicks from the nest until you consult with them.

If the bird is injured or sick. You may notice this on a brief inspection after the following symptoms: the bird cannot flutter its wings, has bleeding, its wings are left unevenly, it is weak or trembling violently. You can also ask for specialized help if the bird has been attacked by a cat or a dog. The longer you delay, the less chance the bird has of saving.

Do not give liquids to the bird! Usually, birds get a lot of fluids from the food they eat, so they don’t have to swallow liquids very often. And if it is dehydrated, it can be dangerous to try to pour water into its beak because it can suffocate very easily.

Do not feed the bird until you know what species it is and what its diet is! There are birds that you will hurt more if you give them bread or other food than the specific one. Seek the advice of a specialist before feeding the bird.

Wash your hands with warm soapy water every time you touch the bird with your palms. Wash all objects that the bird has come in contact with – clothes, towel, etc., to prevent the spread of diseases or parasites on you or on the pets you have.